The Collection of Eugene & Dorothy Elgin 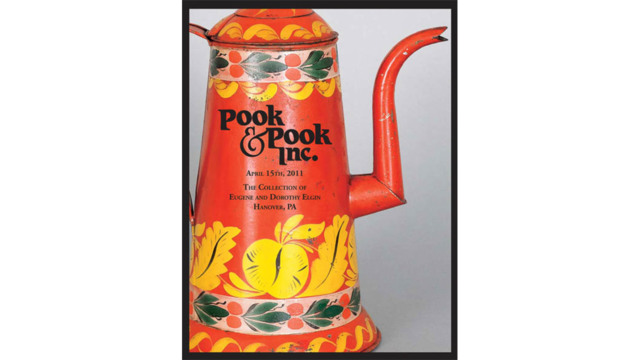 The Collection of Eugene and Dorothy Elgin

Eugene and Dorothy Elgin were both born in the early 1920’s in Adams County, Pennsylvania. Gene grew up in East Berlin and remained there for most of his life. He was the town’s Postmaster until his retirement in 1981. Dottie grew up in New Oxford and began her teaching career in East Berlin where she met Gene. After my birth in 1957, she returned to teaching in nearby New Oxford where she remained until her retirement. In 2004, they sold their original home in East Berlin and moved to a retirement cottage in Hanover a few miles away.

They were married in the mid-1940’s. When all of their friends were filling their homes with modern furnishings from department stores, Gene and Dottie were filling theirs with antiques. Over the next two decades, their tastes gradually evolved from refinished dry sinks and ironstone china to what people now refer to as Pennsylvania German Folk Art. This was a big step in those days. How they managed to make this transition is still something of a mystery to me. It is certainly a testament to their vision, curiosity and open-mindedness as collectors.

Most everything in their collection came from country auctions or private homes in York, Adams and Cumberland counties. Public sale notices were religiously clipped from the local papers and filed in a drawer according to date. Each and every Saturday, Gene and Dottie would hit the road before 7am and they would check out at least six or seven auctions. Usually if something good was at one sale, Dottie would stay there while Gene would drive off to investigate the others.

Gene’s eye went to furniture, redware and decorated tole. Dottie loved her rye-straw baskets and tended toward the more whimsical subjects like brightly painted chalk, cookie-cutters and hooked rugs. They both agreed that only the best pieces in the best condition would find their way into their collection. They walked away from many great examples because the paint was worn, the rim was chipped or a foot was missing.

Gene passed away last June and Dottie has moved into a small apartment where she has assistance with her day to day living. As they both progressed through their eighties, their passion for antiques never diminished with their ability to seek them out. To this day, my mother gets a twinkle in her eye when good friends stop by and she recalls the memories of the people and pieces that made up her years of collecting with my father. 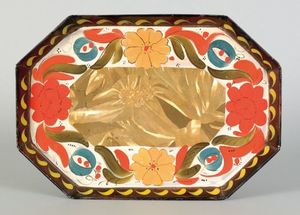 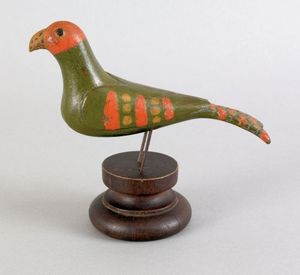 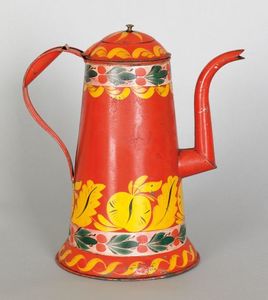