The Collection of J. William Warehime 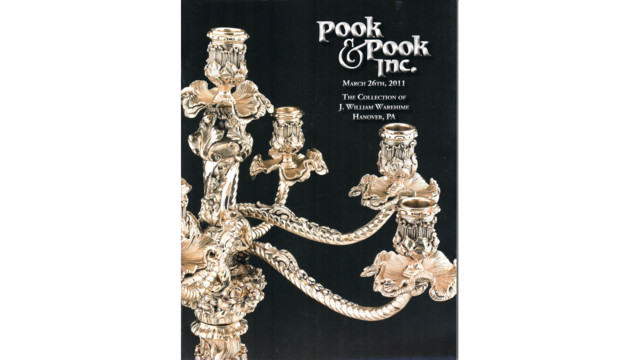 Mr. J. William Warehime was born in Hanover, Pennsylvania in 1927. Known as Bill, he was the son of Harry V. and Airie K. Warehime, who in 1924 had founded the Hanover Canning Company, now the Hanover Foods Corporation.

In 1950, Bill graduated from Gettysburg College. Following graduation, he joined the family business in Hanover. Through the years, Bill worked in sales and purchasing. He was a member of the Board of Directors and served as Secretary and Treasurer until his retirement from the company in 1987. Bill continued his career as head of Warehime Enterprises, a leasing and investment company. In 1980, he joined the Board of Directors of Snyders of Hanover.

Throughout his life, Bill was an enthusiastic collector of antiques. Over the years he amassed hundreds of items, including a collection of twenty-two tall case clocks. Bill was also active in many organizations and gave generously to local charities and organizations, including his alma mater.

In 1997, Bill purchased a Hanover landmark, the Myers Mansion, former home of C.N. Myers, one of the founders of the Hanover Shoe Company. He continued his quest to furnish the mansion with fine furniture and antiques. In 2007, a year before he died, J. William Warehime donated the mansion, its contents and the grounds with an endowment to the Hanover Area Historical Society.

In 1996, the J. William Warehime Foundation was formed to continue Mr. Warehime’s tradition to advance public well being through civic commitment and support of charitable institutions. Today the Foundation continues its work guided by Bill’s vision and generous nature.