The Collection of Lester and Barbara Breininger 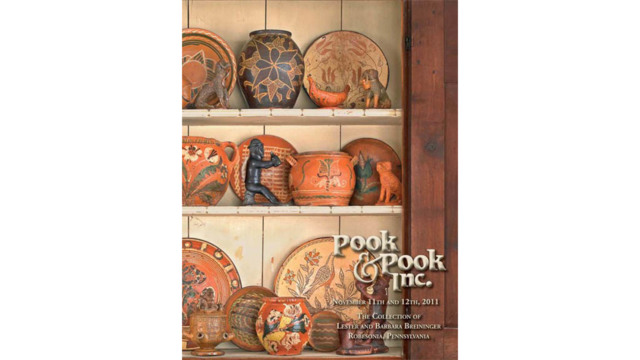 The Collection of Lester and Barbara Breininger, Robesonia, Pennsylvania

In 1960, Lester and Barbara Breininger were looking for a home near Lester’s job. They soon became parents and found an apartment on South Church Street in Robesonia, Pennsylvania that they decided to purchase.  At the time, there were five apartments in the building, Taylor Mansion, and theirs was on the first floor. Little did they know that by 1976 they would inhabit the whole house with their three children and beloved collections claiming most of the mansion’s twenty rooms.

Today, the Breininger three-story Victorian home is probably most noted for its 100-foot-long wraparound porch which has hosted forty-two exciting sales of Breininger redware pottery.  Held annually in August since 1970, the Porch Sale has attracted thousands of visitors traveling from as far as North Carolina and Texas. During most sales, visitors could not only purchase folk art, but view the Breininger’s personal collection of pewter and redware, listen to fiddlers, and try Barbara’s homemade cookies and peppermint tea. Lester would also share stories and teach visitors about Pennsylvania German culture.

Lester and Barbara are very proud of the fact that they are ninth generation Pennsylvania Germans and have spent the greater part of their lives promoting the accomplishments of other Pennsylvania Germans and their decorative arts.  They have been collecting these items and researching the makers for many years. Lester was always happy to rattle off an artist’s birth and death dates, as well as when and where he or she worked, to anyone who was curious.  He loved teaching and imparting his knowledge; Lester wrote several articles and books on Pennsylvania German arts and life, including the Potters of the Tulpehocken, an important piece of research about potters of western Berks County and The Will Family Pewterers, an article published in Early American Life, October 2001.

In another of Lester’s publications, Going, Going, Gone, An Historical Account of the Public Sale in the Berks County Area of Pennsylvania, he tells of a sale he attended as a child in 1948. He wanted something that was up for sale and by the time he convinced his mother that he could have it, it had been sold. That did it. The next item he wanted, he bid on for himself. It was a box of books for twenty cents. “It was a nervous and exciting moment. Since that time, I have found bidding a much too easy thing to do,” Lester confesses. Lester spent many Saturdays at auctions and many Sundays at Shupp’s Grove and Renninger’s Flea Markets in Adamstown, PA.

There are many stories about Lester and his antiquing. A well-known and well-loved story is about the beginning of Lester’s redware collection. In 1965, Lester had only a few redware crocks. One of his favorite antique dealers, Mrs. Sallie Spears, showed him a pottery dog, sitting up and holding a basket of apples in its mouth. Lester was intrigued and purchased the piece for $50.00, a hefty sum at that time. When he got home and showed Barbara, she was not impressed with the five inch tall dog and said, “Is that all there is?” This purchase fueled Lester’s foray into redware.  He obviously needed another dog to balance his new acquisition. He asked an art teacher friend, Thomas Alexander, to make him one. The teacher said no, but promised to show Lester how to make his own. After this lesson, Lester and Barbara continued taking more classes and became apprentices to Russell Stahl, a descendant of the famous Stahl potters. He and Barbara studied old pottery in museums, at antique auctions, and in private collections. Lester would buy an old piece of pottery he thought was “just wonderful” and then reproduce it. Eventually Lester and Barbara became masters of the craft offering their own classes on pottery-making at several museums, helping boy scouts and girl scouts earn pottery badges, and even starting their own reproduction redware pottery business.

The Breininger’s business continued to grow to the point of hiring a staff of six potters who now utilize nearly fifteen tons of clay each year. All pieces are crafted on the Breininger’s property and always follow local Pennsylvania customs. Traditional colors like red, black, green, and yellow are used as well as established motifs like slip decorations, tulips, and distelfinks.  It takes about three weeks for each piece to be created as the clay must be rolled out, cut, and dried before adding color, firing, re-painting, and then re-firing the item.

Breininger pottery has become very popular and attracted nationwide attention.  Lester is the only living person represented in the Philadelphia Museum of Art book, Pennsylvania German Collection. Another great honor came for Lester in 1986 when Pennsylvania Governor Richard Thornburgh presented him with the prestigious Theodore L. Hazlett Memorial Award for Excellence in the Arts. He is the only “traditional” craftsperson ever to be such awarded.

Lester and Barbara have received countless awards and held many important positions in various organizations both in their professional and personal lives. Lester was involved with the Patriotic Order of the Sons of America, a national organization and one of America’s oldest patriotic and fraternal societies still in existence. Lester has held the office of president for the local, county, state and national chapters. He also had the privilege to give lectures before the Pewter Collectors Club of America and the Tulpehocken Settlement Historical Society. A member of the Robesonia Borough Council for twenty years, Barbara went on to become President of the State Borough’s Association. Together, Lester and Barbara founded the Friends of the Robesonia Furnace to preserve the remaining historic buildings and land that had been used by the Robesonia Furnace on the outskirts of Reading, PA. They are both past presidents and each has received Living Treasure Awards from the organization. Lester and Barbara also worked to keep the Conrad Weiser Homestead, an historic site which interprets the life of an 18th century German immigrant who served as an Indian interpreter, open by volunteering and helping with fundraisers.

Preserving history as well as helping and educating others have always been top priorities for Lester and Barbara. Lester graduated from Kutztown University in 1957 and later earned a Master’s degree in the sciences from Penn State University. For thirty-three years, he taught biology for the Conrad Weiser School District where he formed the South Mountain Scientific Society. During that time he also taught adult education classes. Barbara graduated from the Reading Hospital School of Nursing also in 1957 and worked three years for the Visiting Nurse Association. After the birth of her and Lester’s first child, Barbara took a twenty year leave from nursing, but later returned during the mid-80’s when there was a nursing shortage.

Throughout Lester and Barbara’s lives, people have continued to be impressed with their dedication and caring as well as with their vast collection of period antiques, art and accessories including redware, pewter, coverlets, fraktur, and  paintings by local artists. Friends, family and colleagues agree that one could listen to Lester and Barbara’s stories for hours. Their passion for and knowledge of history, pottery, and antiques, and their willingness to share the information has been invaluable. 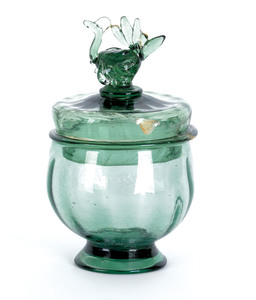 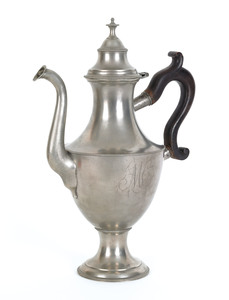 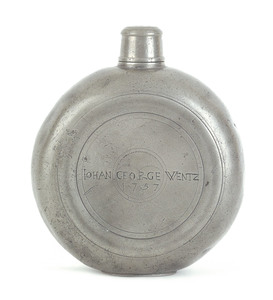