My pick of the week this week looks back to March of 2018, when we sold this rare Columbian Exposition still bank for $3,416. The back reads “Complements of Smith Gray and Co Clothiers – New York and Brooklyn”. Tailer Edward Smith started the business 60 years prior in lower Manhattan, pioneering the manufacture of ready-made children’s clothing. In 1864 he partnered with his brother-in-law Allen Gray, and moved the business to Williamsburg, Brooklyn. This bank was presumably given out by Smith Gray and Co prior to the 1893 Worlds Fair, with the intention for the owner to fill it with savings for their upcoming trip to the fair.

A train ticket in 1893 from New York to the fair in Chicago would have cost about $40; $1000 in todays money. Once at the fair, the costs could vary widely. The Santa Fe Daily New Mexican reported one visitor’s extravagant day trip. Paying to be wheeled around the fairgrounds in rolling chairs and to navigate lagoon waters in gondolas, the traveler “bought catalogues and guidebooks, saw all the wonders of the Midway Plaisance, had lunch and dinner at the swell cafes and bought innumerable souvenirs.” A day like this could cost $30; $855 today.

Conscientious travelers could get by on a much more reasonable budget. A ticket to the fair cost just 50 cents, the equivalent of $15 today (here are a few examples of tickets from the fair the we sold last year https://pookandpook.com/lot/four-1893-chicago-columbian-exposition-tickets-3925893). While some hotels were charging $6 to $10 a day for palatial rooms, there were also 50 cent or $1 accommodations, according to Rand McNally’s Pocket Guide to Chicago. The St. Louis Globe-Democrat estimated that frugal travelers might get by on $2 a day, while a perfectly comfortable day could be had for $3.

The fair covered 630 acres in Chicago’s Jackson Park, and featured over 65,000 exhibits. Among the attractions was the first Ferris Wheel, built by George Ferris, a Pittsburgh bridge builder. Intended to compete with the attention drawn by the 1889 Paris Exposition’s Eiffel Tower, the wheel stood 264 ft tall and could accommodate 2,160 passengers at a time.

Between May 1st and October 30th more than 27 million visitors flocked to the Columbian Exposition. 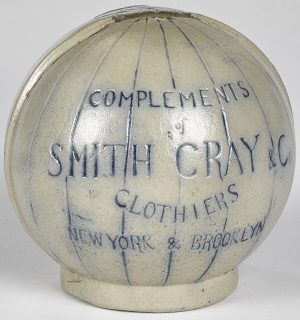