The Midas Head was created in 1989 by Dame Elisabeth Frink (British 1930-1993) as an emblem for the BBC program The Midas Touch, directed by her stepson, Mick Csaky, and presented by Anthony Sampson. With influences from the classical (see the British Museum Corinthian helmet) and the Helmet Heads by Henry Moore, Frink chose an object of ancient beauty that would have an immediate impact and be intuitively understood. The bronze helmet has a stippled surface, appearing as though viewed underwater, a found object, uncovered from the sands in Mediterranean shallows by the action of rippling waves, green with calcareous deposits, and rescued from its watery grave. Its stare is eternal; man is ever the same. The king’s armored face has a strong profile. Its outer shell has endured. The weakness of Midas is revealed by its emptiness, the result of the hollow desire of greed for money and power instead of love. Frink was distinctly concerned for the human condition. In a 1990 interview for the book, Elisabeth Frink, Sculpture and Drawings 1950-1990, Frink said “I am preoccupied with the human rights situation in the world at this moment, and this preoccupation feeds itself or finds expression in my mankind sculptures. My sculptures are either mankind or men, and they alternate or come in quite separate phases.” (p.50)

Conceived at the close of the 1980’s, The Midas Touch reacted to the full emergence of the global economy with its own concern for humanity. For the first time, millions of dollars swept across the world like uncontrollable ocean currents. For the modern-day King Midas, wealth was amassed on a scale formerly inconceivable. Anthony Sampson wrote and spoke of money as the new all-powerful religion, market fundamentalism taken to religious extreme. As productivity and efficiency increased the relationship between time and money altered. Immense quantities of money shortened time horizons. The power-hungry new Midas was compelled to never rest, and although he might consume conspicuously, there would always be another with more money and power. The business world was shaken up by corporate raiders, currencies and commodities by arbitrageurs. Billions of dollars circled the globe looking for short-term opportunities. In the developing world, capital flows were determined by financial centers far away. Debt locked the cycle into place, incurred by governments and to be repaid by future generations. Advanced economies borrowed savings from other countries to finance their spending. As with Midas, whose wish for gold turned into an uncontrollable curse, there was no way to rein in the forces unleashed.  In 1989 Anthony Sampson saw a whole world driven by greed, by markets which do not accurately value intangibles like the environment or the well-being of workers, and often focused on the short-term. Elisabeth Frink’s Midas Head is a reminder that Midas was complicit in his curse, and that the cycle is eternal. The origin of greed is as old as mythology itself. Frink once said, “My concern is not that mankind is any worse than it was. It is just that it is as bad as it was.” 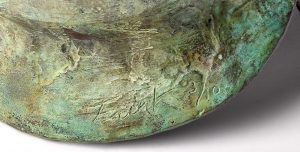 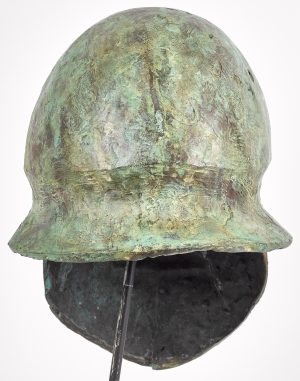 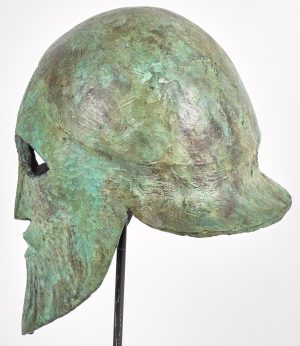 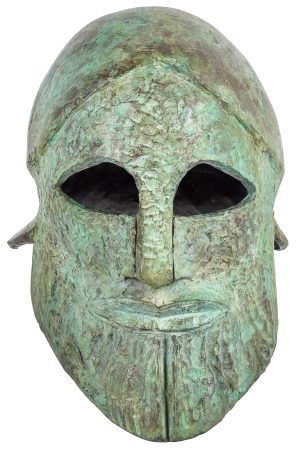